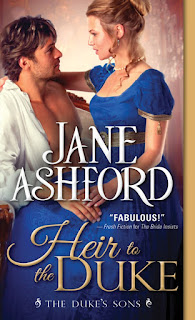 Popular posts from this blog

Must Love Magic by Erica Ridley

August 10, 2019
This is romantic, suspenseful and hilarious. Trevor is an anthropologist who is a professor at a college. He took a group of kids to a dig in Costa Rica hoping to find something spectacular. Daisy is an inept fairy, currently trying to become a tooth fairy, which is almost impossible because she can't do magic, at least not without a scientifically engineered wand. Daisy gets sent to retrieve the tooth of Angus, age 8, in Trevor's tent. They argue, because he obviously isn't 8, and his name isn't Angus. To make her go away, because he thinks she's crazy, he gives her a rock and tells her that the tooth is inside of it. So she goes back to Nether-Netherland and turns it in. Then gets arrested for trying to pass a rock off as a tooth. She's sent back to get the real tooth, and ends up using a Himalayan Lust Charm on Trevor, which makes then rip off their clothes and have wild sex in his office. Afterwards she steals every tooth in his lab, figuring that one of the
Read more

August 05, 2019
This is an intense, gripping and suspenseful. Amanda is a strong, independent woman and has been half in love with Bradley for a while, but after a couple of dances one night, he completely shut her out. Bradley is a stubborn, insecure and impulsive man who wants to be loved, but thinks that nobody ever would. When Amanda's house gets broken into, the guys and Laura ganged up on her and convinced her to move to their ranch. Bradley's and Amanda's attraction heats up with them being close in proximity, to the point that they get caught kissing in a lake. Bradley had to be convinced to do the right thing, but he did propose. Amanda doesn't want to marry Bradley, because he'd never return her feelings. Hawkes comes to cause trouble again, which has Amanda blaming herself for the trouble, and determined to break from Bradley. Bradley's story, not knowing who his parents were, and what happened later as a child is tragic and surprising. I received a complimentary co
Read more

August 03, 2019
This is an amusing, romantic and emotional story. Ava moved back home after first losing her husband, and then her job. She needs out of her parents house, and working for her brother's best friend on his ranch would solve that problem. Bran isn't keen to hire her, she's a woman and the mother of a toddler, but he is sympathetic, so he finally agrees and moves Ava and her son, Cam, onto the ranch, and into his house. Ava always had a crush on Bran but there was never anything between them, and now she sees a strong and sexy cowboy. Bran can't stop thinking about how hot Ava grew up to be, and he drives himself crazy by wanting her, but needing to keep his hands off his best friend's little sister, the one he swore to never touch. Unfortunately for Bran, the chemistry between the two of them is irresistible, and they give in to it. But Bran feels guilty. Ava was also looking into some money of his that is missing, and he doesn't like the way Ava scolds him for th
Read more